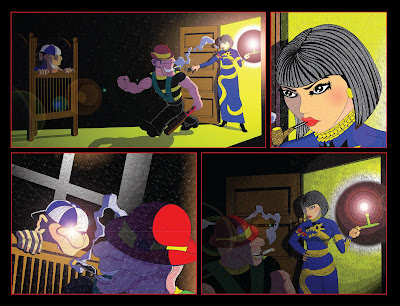 This is a preview screen from Neil Sanzari's Goo Goo's Changling which is a Zuda hopeful to make it into the contest, and from their to victory. Neil e-mailed me a preview of the comic/character sketches/ thoughts about it etc; I enjoyed what I read, Neil asked if I could get the word out -so here it is. I love supernatural elements in stories, I also think Zuda doesn't need any more of the expected and beat to death 'monsters'. In this story you have a custody fight between a beguiling witch from Chinatown named Goo Goo, and a a cherub-turned-leprechaun, but a demon just the same called Darby Daystar. It's a custody fight between two supernatural powerful parents, it's been a long while since I've seen that type of story so it was welcomed by me. The era the comic is set in is pre civil war New York. Of course the two parents various efforts are playing hell with the border between the mundane and not so mundane worlds. I also liked their child Danny B'hoy is going to end up running away on the mean streets of New York City. I could guess how this story might end, but I wouldn't want to put any money on it. The promise of numerous kinds of directions/resolutions grabbed me as a reader, as I'm sure it would others should it make it onto Zuda. 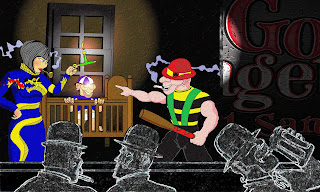 Everyone knows how much I hate text box thought balloons, but I was impressed with a interesting narrative technique Neil came up with for this story. We have a talking rat in a top hat as narrator, and Edgar Allen Poe filling the role of a Greek chorus. Yeah it's weird, but I enjoyed the weirdness. it helps to draw you into this world that Sanzari created. The first 8 screens are devoted to the parents confrontation it has interesting images in it's screen composition, and enjoyable dialogue. It's in slang those who enjoy that (like me), will love the dialogue, those who don't like slang can still follow the story with no difficulty. 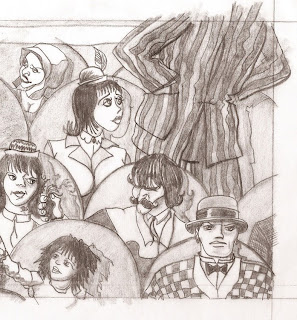 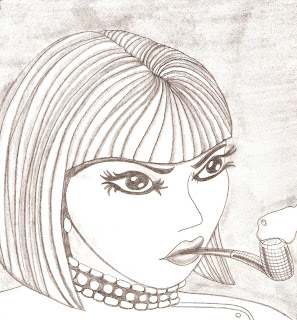 The art style and presentation reminds me of Spelunkers guide to the City. Conflicts between 'our' world and the Fey is a genre that doesn't get enough use by creators. In this comic their are some horror filled moments along with absurdest humor in some of the panels. It also has some disturbing -in the cool as hell sense- imagery. The only thing I didn't like were the word balloons, but I have no idea what they will look like through the zuda viewer. The opening and closing of this comic might seem like gratuitous weirdness, but I enjoy it when creators don't play it safe and push the limits of 8 screens which is what Neil did. The story is also very focused which is a weakness of some zuda creators, not getting the most out of their screens. You have conflict, and great characterization in the dialogue you understand the driving themes of this story. I hope very much that Neil Sanzari gets the chance to show the rest of the zuda community what he has created -an impressive comic strip. 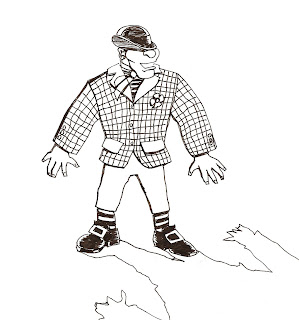 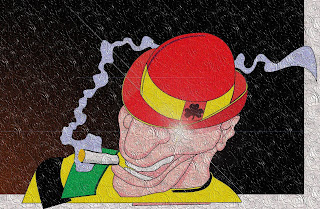