Spider-Man... Spider-Man... and so on as the song goes
I have typed this before, and I'll type it again. There is almost always some element of promise in a creator owned comic, that if expanded upon my enjoyment of that comic would go up exponentially. The problem with almost all established heroes is that promise has already been fulfilled -and then some. it ends up being classics updated for the modern age, which usually don't go over that well with me. A copy, of a copy, of a copy, and the quality starts to really go down, but imitation is the surest sign a team of creators set the standard. Another sure sign is when the new TPTB don't ret-con your changes out of existence. The death of Gwen Stacy was a homage/rip-off of the death of Uncle Ben in the first Spider-man story. Conway and Kane put a new spin on a old Spider-Man standard: he screws up, people he loves die. What that whole story-line did was it made the Green Goblin the bad ass legacy villain that he is. The death of Gwen Stacy, and later the death of Jean DeWolff, and later still the devil inspired divorce from MJ, all came about because a lack of interest in Spidey having a love life/tapping too much into the past. How much of it is fanboy tribute, and how much of it is ego saying I could do it better? Also, a lack of skill on various writers and editors part in being able to tell stories with a non-single Peter Parker they could tell if he was attached/hitched. Not wanting to just stick them in a freezer creators have tried to tap into 'with great power, comes great responsibility' to limited success. Read the run of Stan Lee/Steve Ditko issues of Spider-Man and that will tell you all you need to know about the character. The victories have more meaning, and the loss the character feels is more heart felt than Peter Parker having a love interest you know is going to get the Kenny from South Park treatment. Decades of artists have tried to put their own spin on it, the stories that came close to getting out of the shadow was when Spidey had six arms. That damn near cut the cord, and stopped being repetitious. it was a cool run for the comic too. 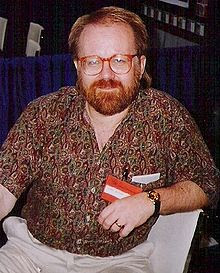 Stan Lee and Jack Kirby's run on X-men is not much of a standout. I liked the costumes, Angel is my fav X-men, mutants became the default option for super powered bad guys in the MU. The title did piss poor, went into reprints, then went away. Then came Chris Claremont, Dave Cockrum, and in time John Byrne and Jim Lee. Claremont is not a favorite writer of mine, but you can't argue with those team's impact. Every story since has hung on the stories those creators did so closely, to the point of being incestuous. With the predictable shamefully poor results of generation's of inbreeding. That's a downward trend that takes place in any number of other comics. John Byrne's attempt to do for Superman what Miller did for Batman just didn't work out. How do you know? If your ret-con gets ret-con'ed away it was a failure. Krypton got turned into a Arctic wasteland, then turned back into a lush green world that blew up all to hell and back. I would argue Superman has never really had a landmark run. Maybe what was done in All Star Superman by Morrison and Quietly will rise to the occasion, but you need to give a work at least a decade to see if it has staying power against time, and trends. Byrne tried again when back in the '80's when he set out to do more issues of the Fantastic Four than Stan Lee/ Jack Kirby. A issue count along isn't a gauge of anything, but that is beside the point, Byrne's run didn't measure up. Stan lee and Jack Kirby did the landmark run on their issues of the title, almost all of the concepts they introduced would continue to be used by future creators. Actually Byrne and other Fantastic Four creators continued to re-use stories that had already been told. Why buy, or read those stories when you can just get the collected marvel Masterworks editions? Their is a difference in taking the bare bones of characters and making something out of them, or a wise, rinse, repeating of former story lines. So should legendary characters just have their comics come to a end? No but whoever the creators/editors are should be honest about the stories people are reading. If it's so and so's homage tribute to what has came before be more open about it. If their is a honest intent to 'go a different way' then say so. most importantly if you want to make another mark on superhero comics, pick a title that's best stories haven't already been told, in my view of course.
Posted by RKB at 12:59 PM